I use my personal website as a means of learning new tech and tools. I’ve rebuilt it plenty of times now.

In my opinion, apple.com represents the gold-standard for front-end from a technical point of view.

The main impetus for this whole design was an idea I had; what if a jobseeker (me) was sold like an Apple product. Hence, I went with the way over-the-top headline “Incredible engineering”.

The EmojiRain section was animated:

In the wake of the revelation that Apple was going to sell a (pretty crappy) monitor stand for $999+tax, I couldn’t resist the opportunity to take a dig. 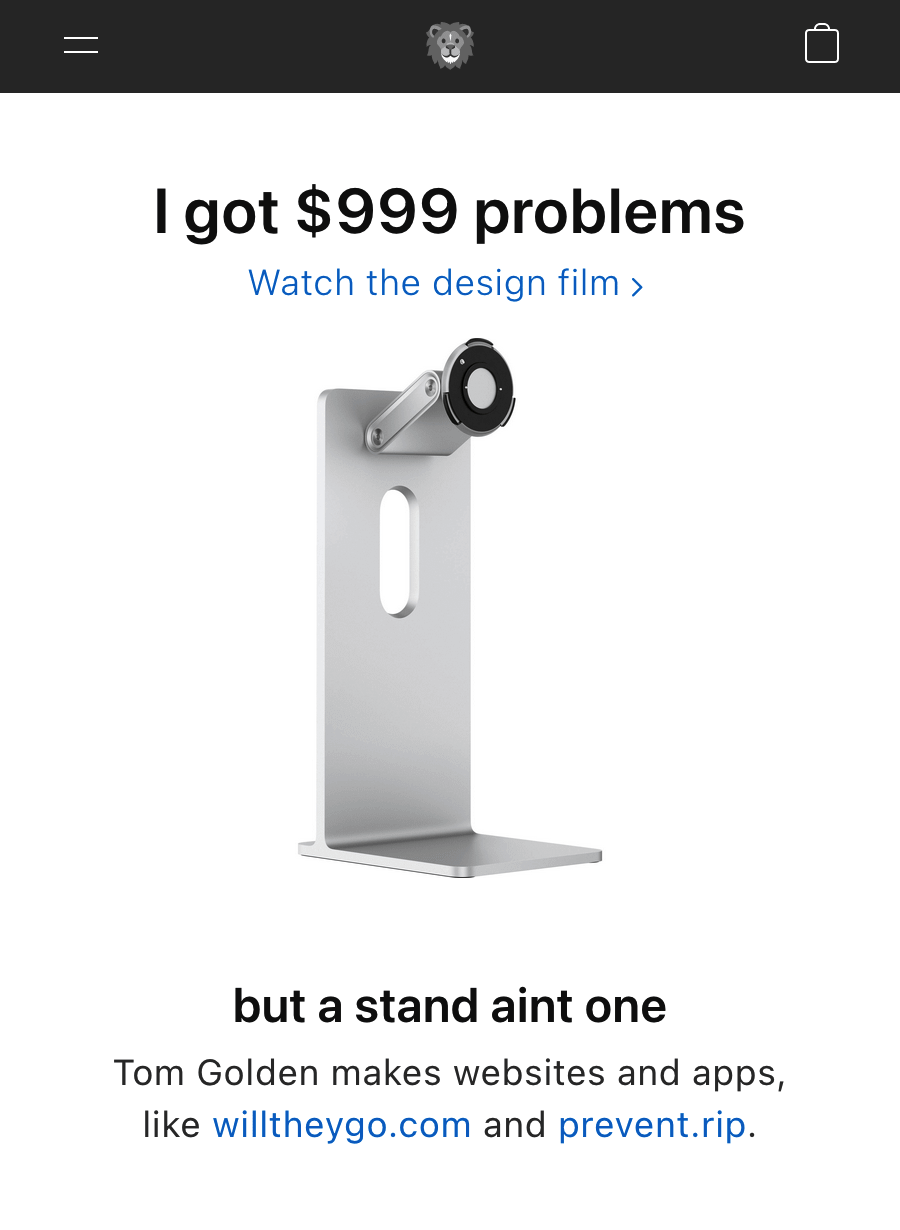 I also took the opportunity to add my server-side skills alongside some cosmetic changes.

After the release of Next.js 9.3, I felt it was time to rebuild my site. The Apple websites were also built with React, but used create-react-app as their base.

I paired up Next with DatoCMS as a headless CMS and this scratched the itch of a fast JAMstack website with an admin panel.

The front-end was hosted on Vercel.

This page would be generated from a page specified within the DatoCMS admin panel: 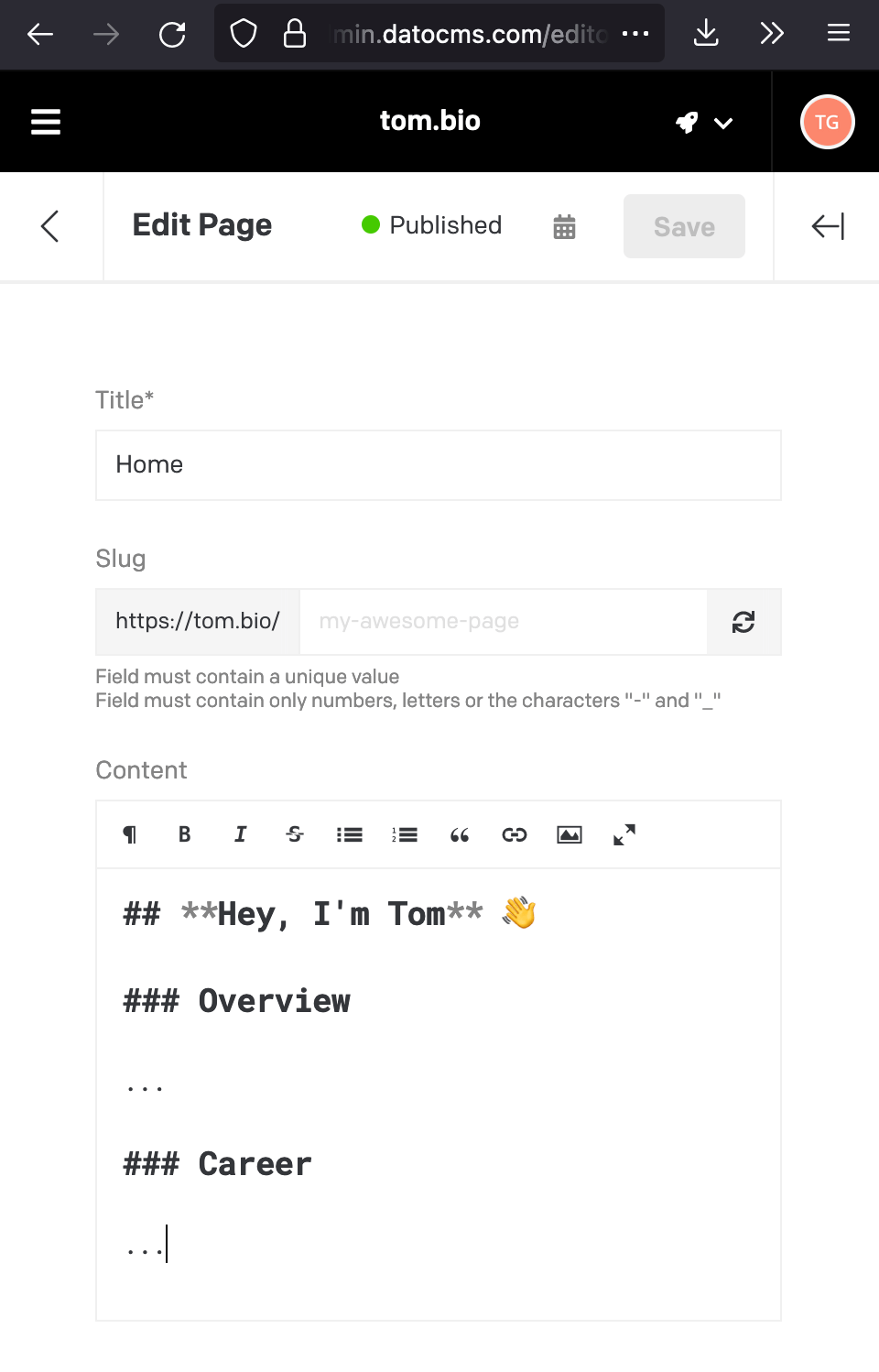 While adding support for a CMS was important; it was far from the only thing I added. For one, I improved the blog substantially from an SEO and readability standpoint.

I also added an area on my site for “experiments”, which is an area of my site where I can embed interactive content. Examples of this include infographics from my research and interactive demos of my open-source projects. 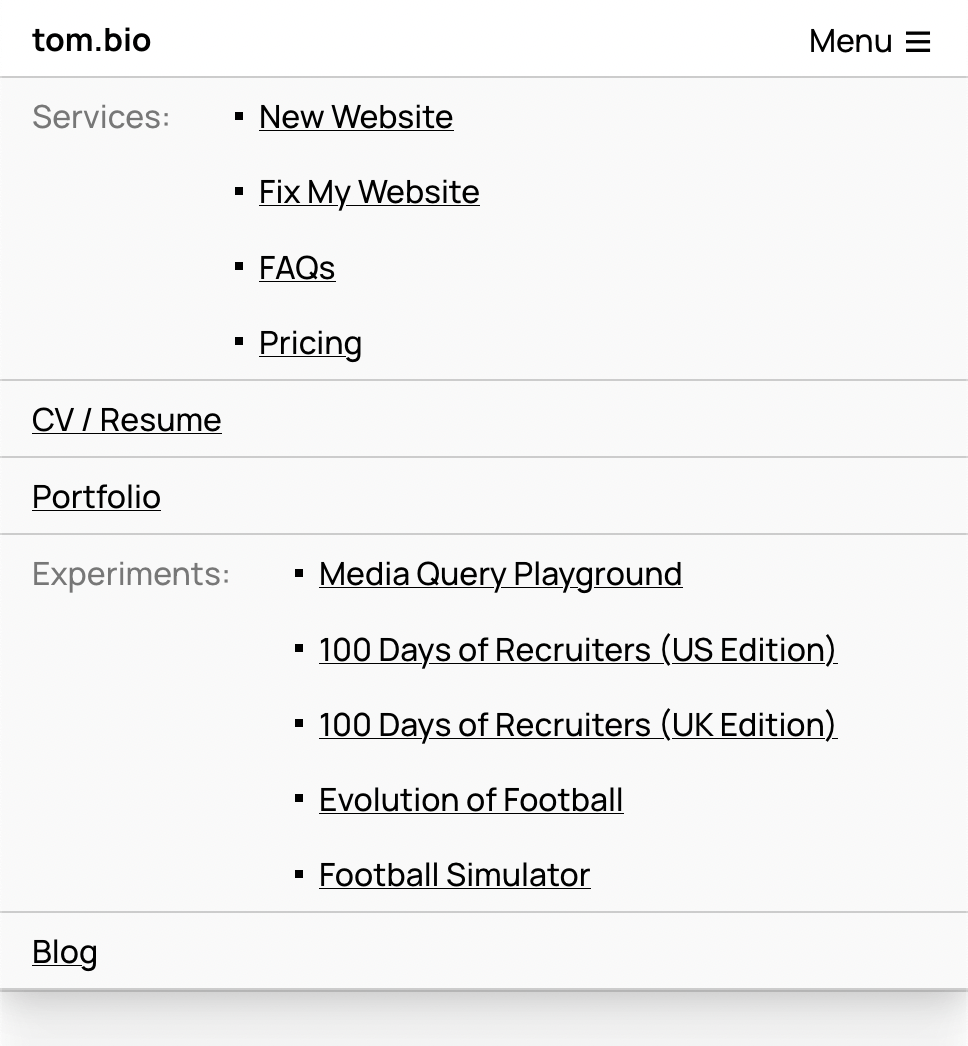 With the rise in popularity of the Astro web framework in 2021, I decided it was time to jump on the bandwagon.

After 2 attempts at trying to rewrite this website in Astro, I finally created something I was happy with; what you’re seeing now. For security reasons, I shall not explain exactly how this website works…

But rest assured, as soon as a new edgy framework is released, this section will appear on a new version of this website with the technical details of this black and gold rendition.

For now, you will hopefully notice that it loads far faster; due to a heavy reduction in CSS and JS.